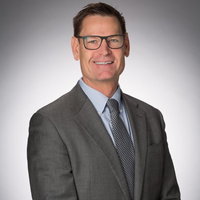 Following in his father Pete Hanson’s footsteps, Charlie Hanson became a financial advisor 32 years ago. He has concentrated on efficiently servicing and overseeing long-term oriented investment accounts, growing both principal and income. Portfolios include fixed income, preferred stocks, common stocks and if appropriate mutual funds. His investment style is primarily contrarian driven in combination with a focus on collecting both interest and dividends. Charlie holds a degree in Sociology from the University of San Diego. Industry related licenses include General Securities Principal, Municipal Securities Principal, Uniform Investment Advisor Law Examination and General Securities Representative. Both his degree and years professionally investing have fostered his special interest in the investing behavior and sentiment of the collective. He has been active in community service and in some cases has served as President or Board Chair of the organization. Charlie has three grown children and lives with his wife and a couple of rescue dogs on Mercer Island. Recreational activities include time with family and friends, listening to earnings conference calls, skiing and sailing.